Historical brief notes: The Bulgars originated as a combined force of Utigur, Kutrigur, Sabirs and Onogur Hunnic left overs. The Bulgars were conquered by the Avars in 558 AD but manage to "break off" Avar rule in 631 AD and formed their own united khanate (Bulgaria Nation) around the Sea of Azov. After their defeat by the Khazars in 675 AD, some of them fled up the river Volga and formed the "Volga Bulgar" state. Most of them fled to the Danube basin where they drove the Avars westward and founded an empire which rivalled the Byzantines and lasted until 1018 AD. The Bulgars relied heavily on Slav subject infantry. King Krum incorported former Byzantine Thematics in his army. Bulgar Cavalry used small round shields and carried Bows, swords/daggers, javelins and lances, not all at once mind you! :o)

To the miniatures....
I manage to put this army together using left over/spare miniatures from my lead mountain. All figures are essex, the infantry are Slav miniatures, and the Boyars :o) are actually "Cossack" figures from Renaissance Range and the majority of the Light Horse are from the Hunnic Range I used and added green stuff to convert some of the Hunnic figures to look a little more "Bulgarish" ;o) I am aware DBA collectors/purists would prefer to see the light horse firing their bows instead as "charging lancers" I actually wanted show a different form of "expression" with my ad hoc figures in this army :o) one may argue the Horse Archers, in any army, fired their bows and later charged at their enemies flanks with a choice of drawn sabers or with javelins and/or lances (long spears)  ... anyway.. I hope you guys like this army! 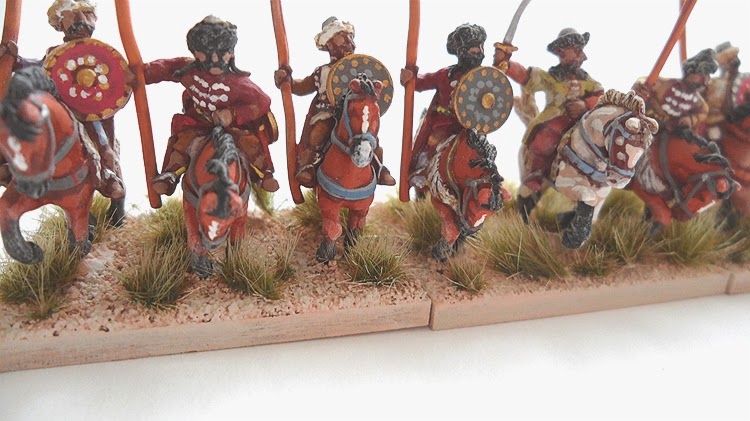 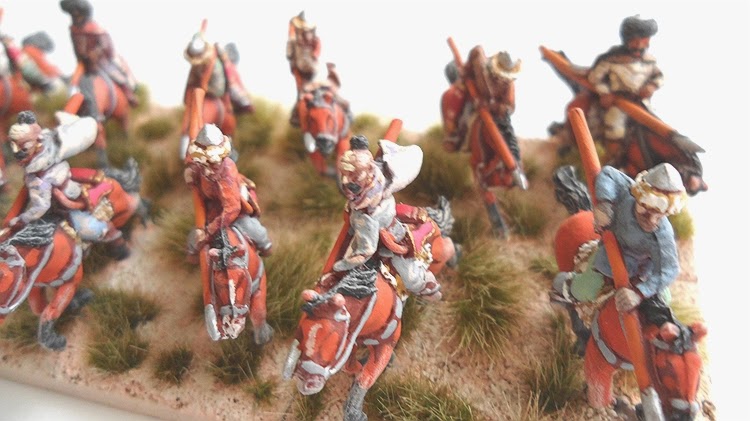 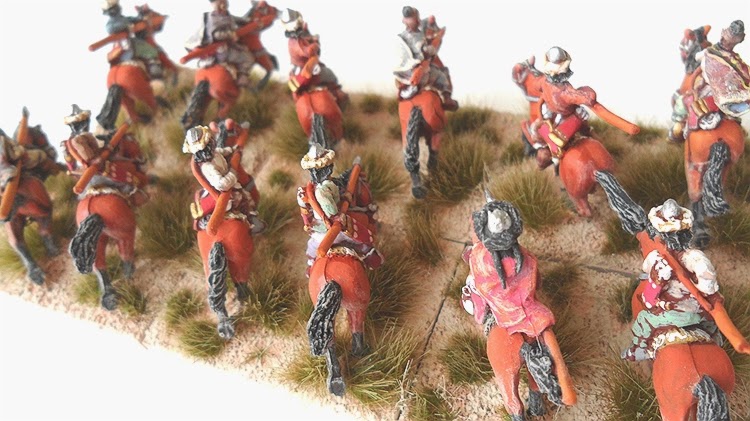 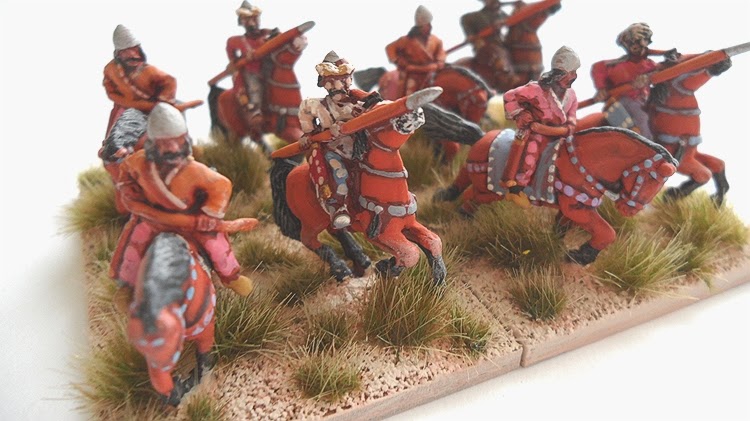 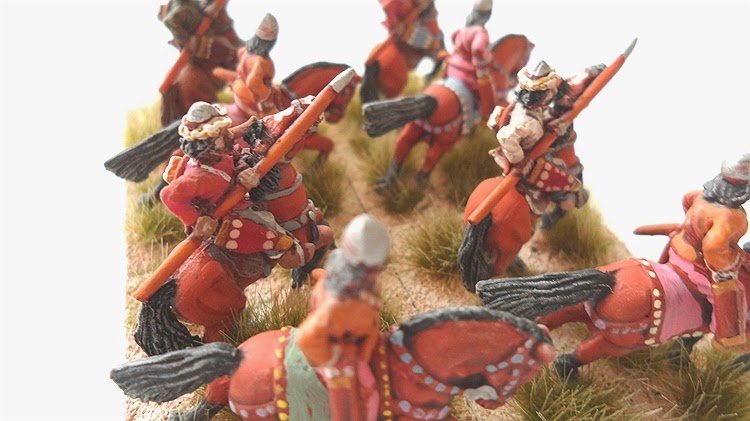 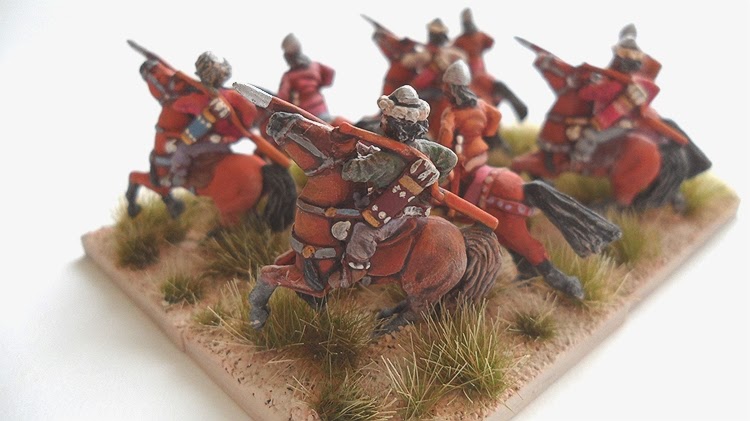 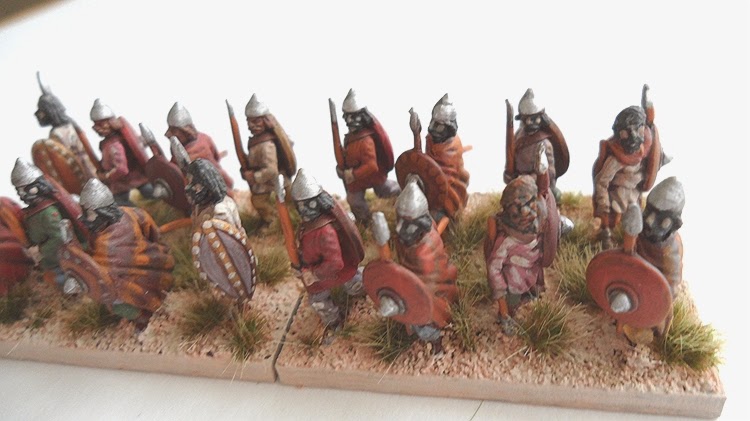 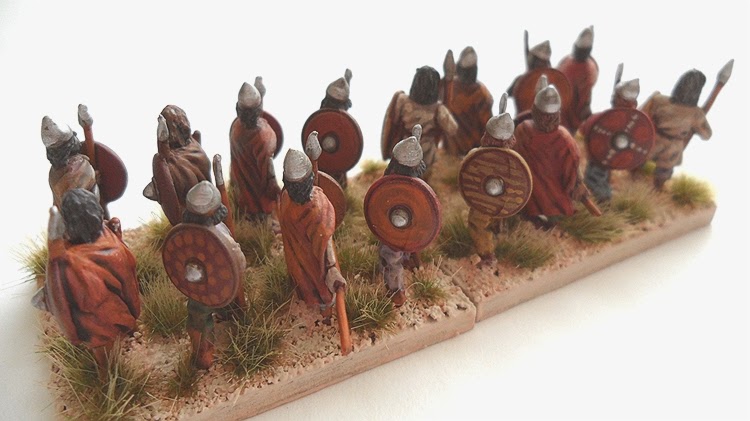 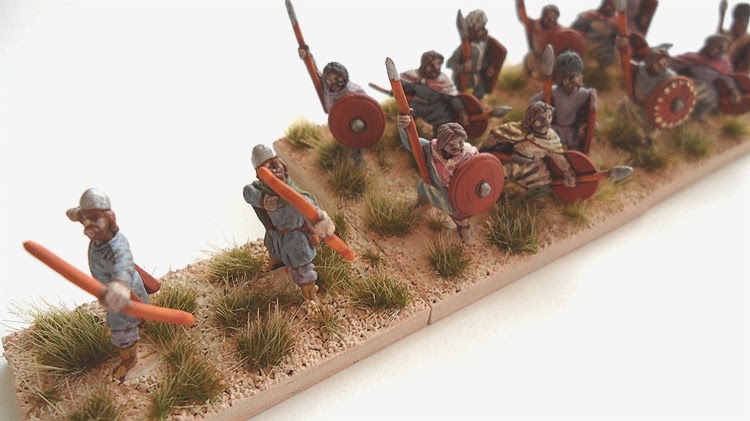 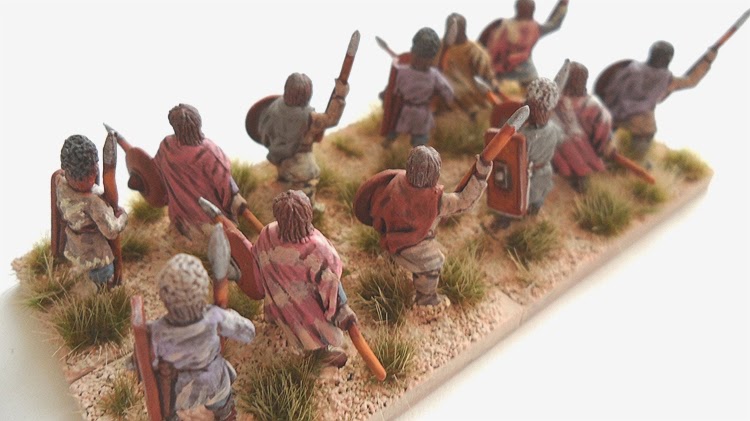 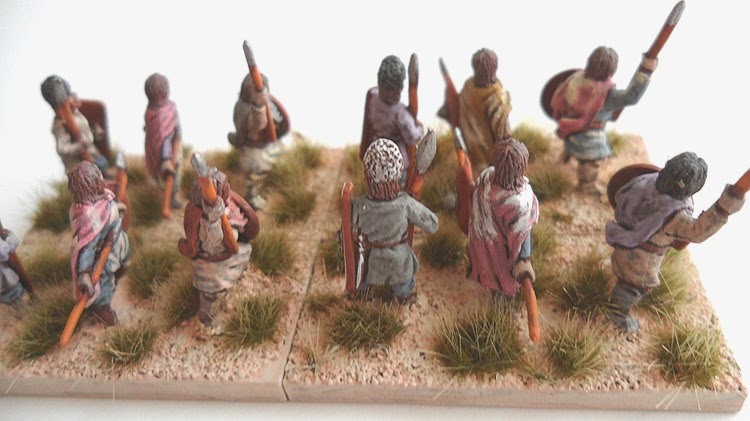