I had a difficult time placing the 3 man Hittite crews in their chariots. After about 30 mins and about 10  trial and error attempts, I finally decided to attach/glue all three crew figures together first, then cut/trim the lead base attach to the feet of crew figures, then shove/push the crew set in their chariot :o)

This is a cumbersome army to command and control, the 4 chariots, deployed/acting as one battle group, would take up 16 cm frontage space on the playing area during a DBA game. The typical deployment of this army would be,by most wargamers, infantry hold the center and the chariots split as two flank guards supporting the infantry spearmen or as one mass chariot (4 x chariots) flanking command force to attack/charge opponents own flank.

I'm currently working on I/24b (1274 - 1180 BC) Hittite Empire army and there is only one minor change, infantry elements are the same as I/24a (1380 - 1275 BC) The difference being two light chariots are exchanged for two Heavy chariots(3Kn) and the General's light chariot is also exchanged with a Heavy chariot (3Kn) ...anyway...lovely army to paint and interesting to command/control playing against the Egyptians. 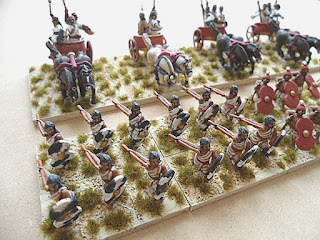 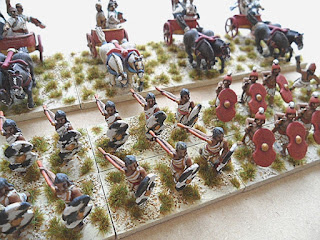 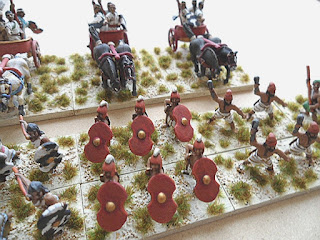 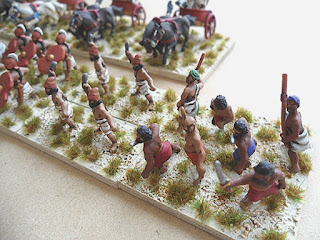 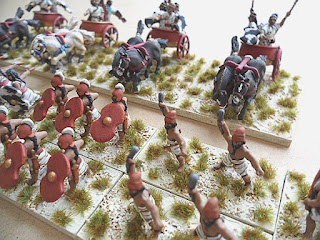 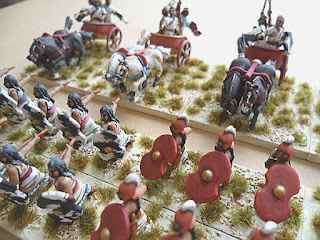 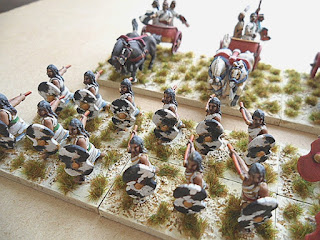 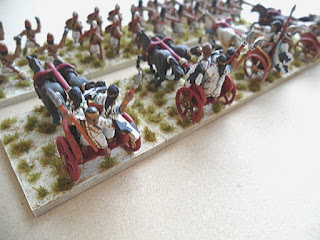 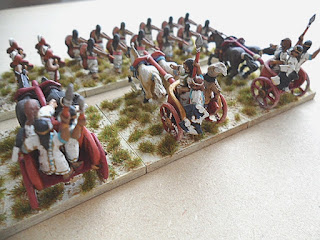 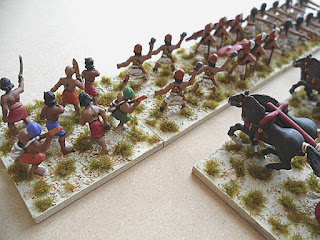 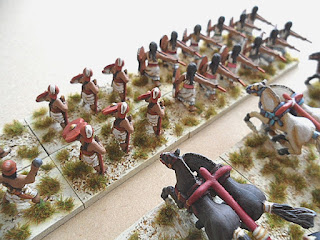 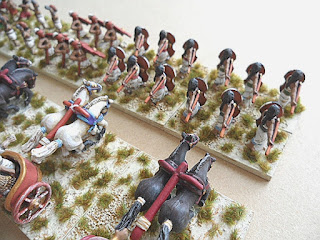 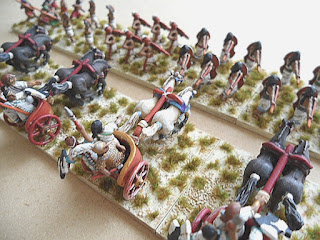 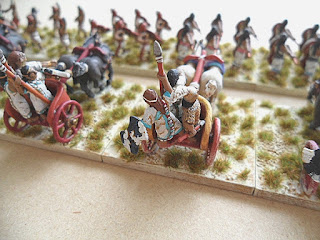 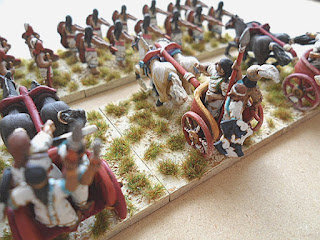 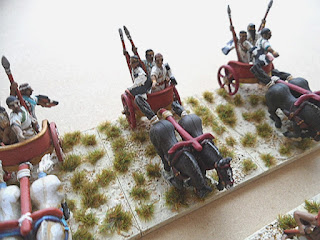 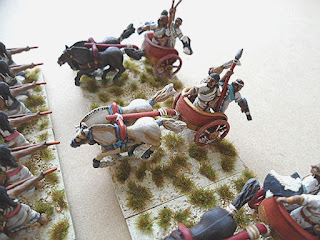 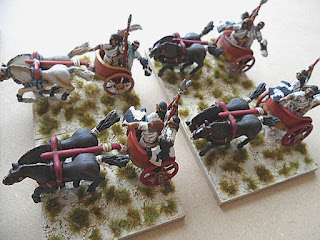 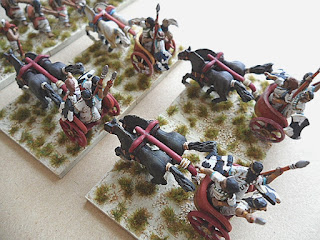 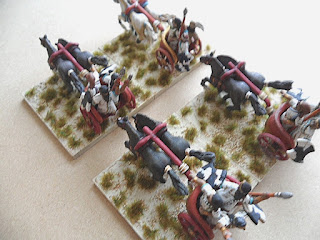 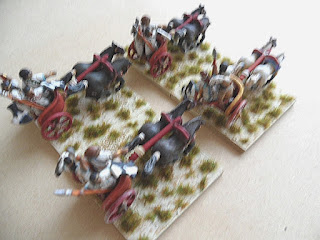 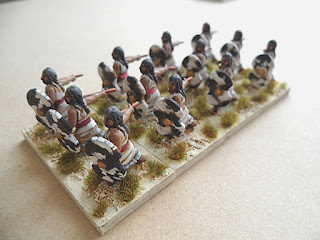 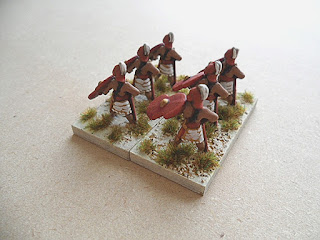 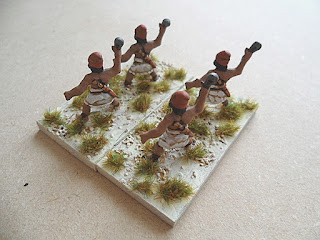 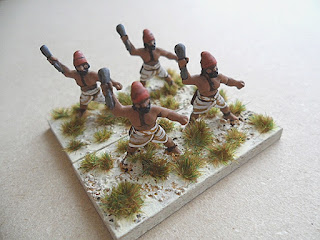 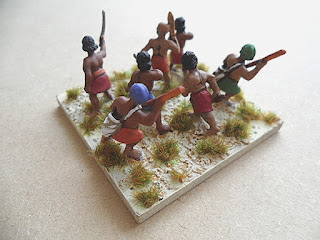 apologies for some blurry photos