I enjoyed painting up the 15mm Essex miniatures for this army, especially the 6Kn Caparisons (A caparison is a covering, or cloth, laid over a horse)  ....anyway...A nice army to command and play with, it has a mixer of Heavy, Med and Light cavalry units along with good infantry support i.e. the 3 elements of foot archers (Bw) should be placed on one flank or both to shoot at enemy Light Horse. The Knights are the main punching force, usually Knights are deployed in the center supported with it's General and other cavalry units and during the opening stages of the battle/game move forward and charge as soon as possible at the enemy! ;oP 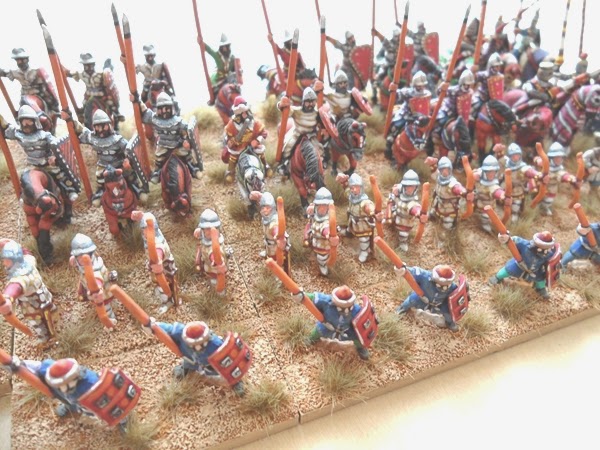 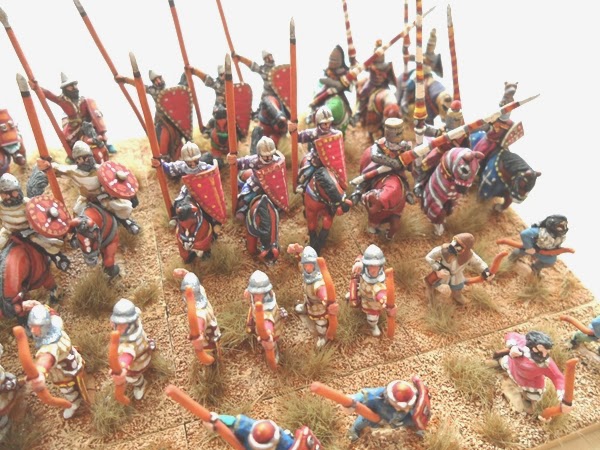 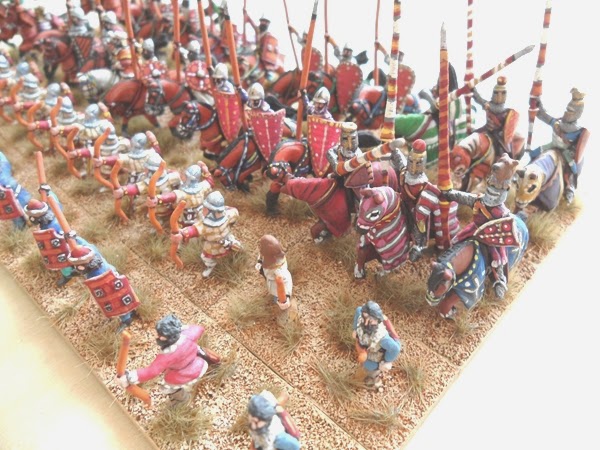 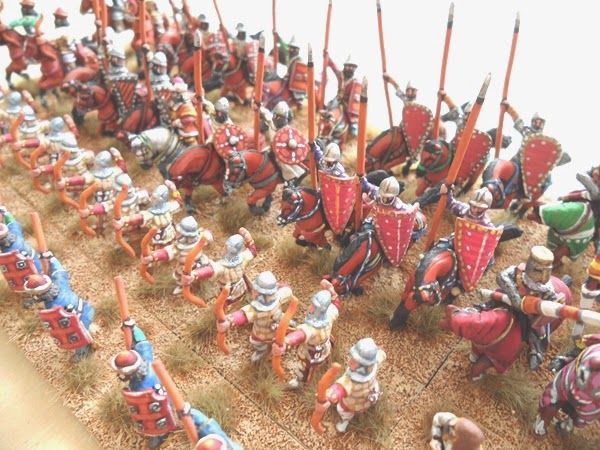 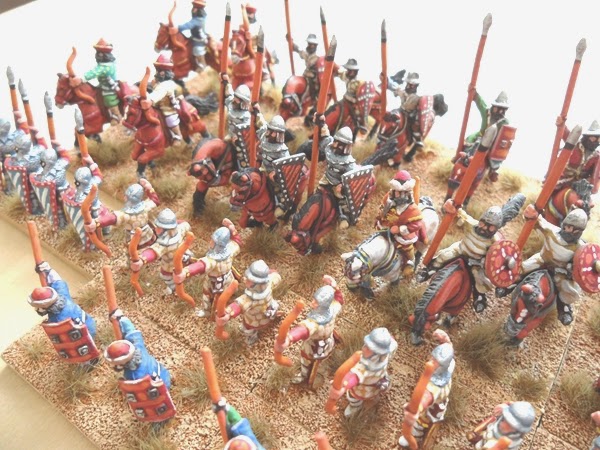 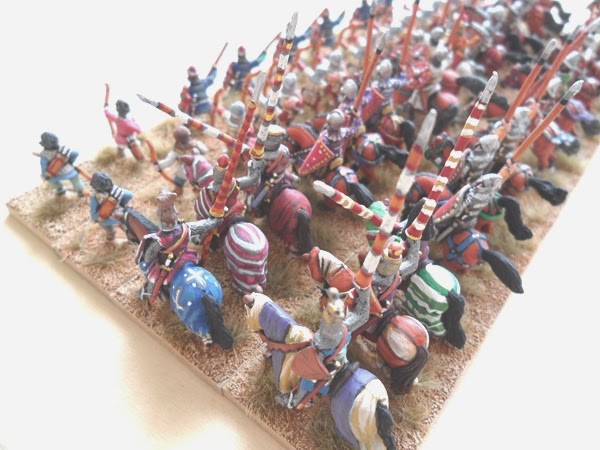 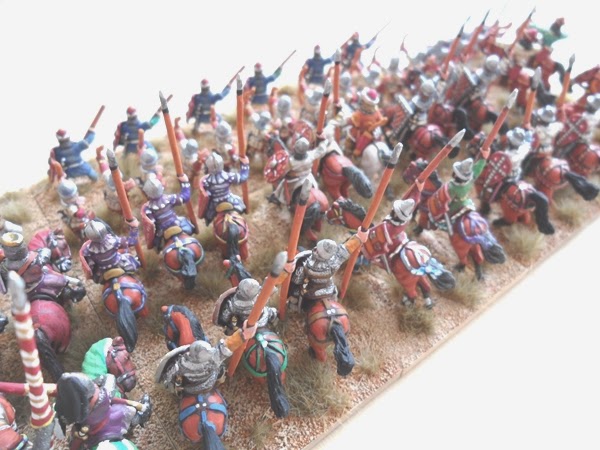 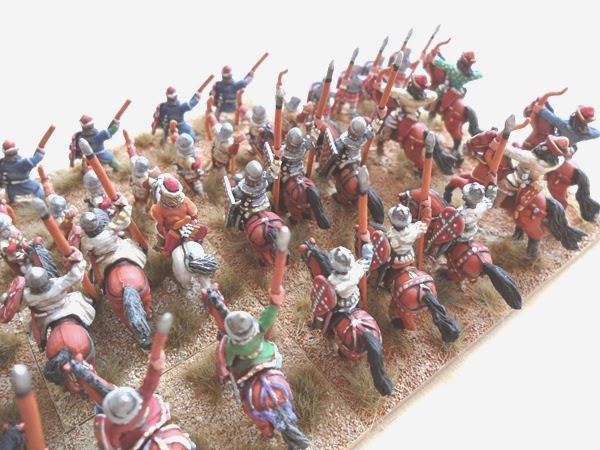 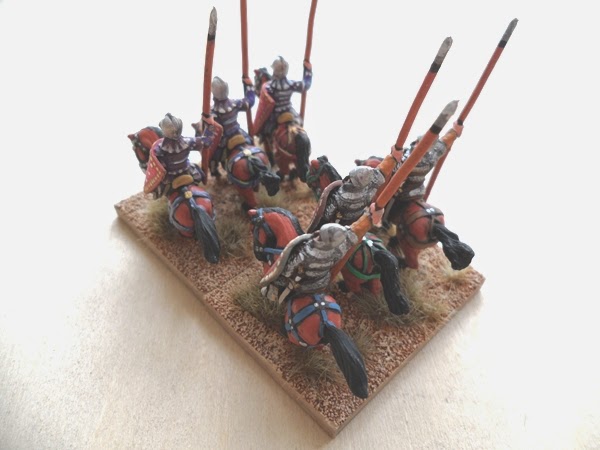 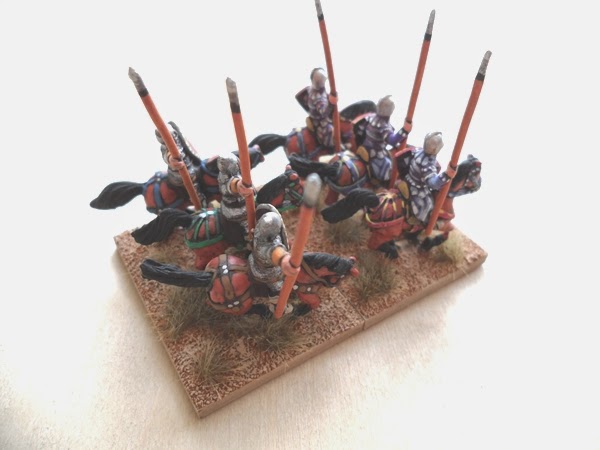 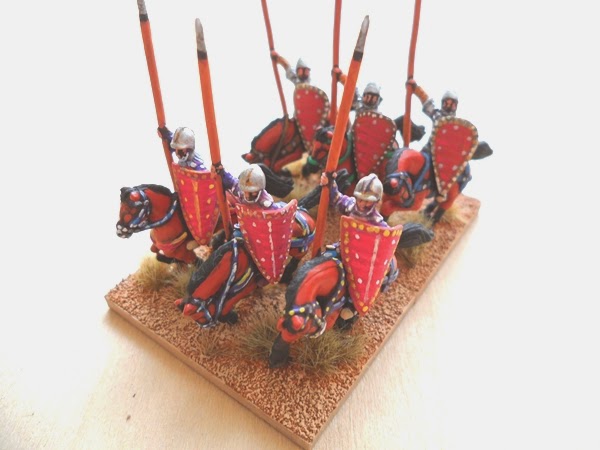 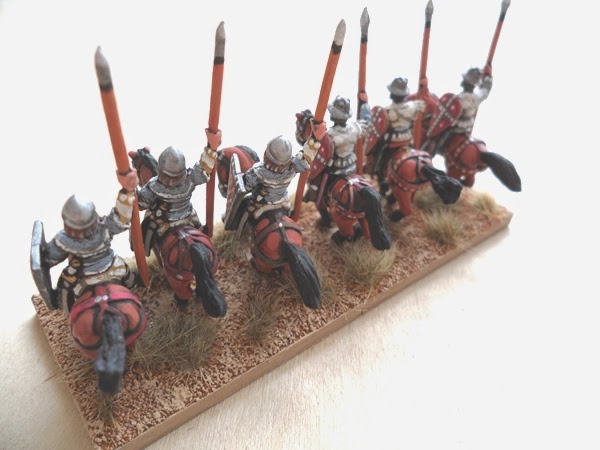 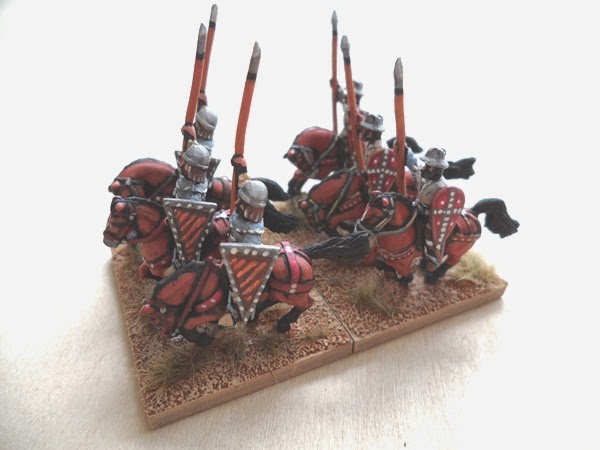 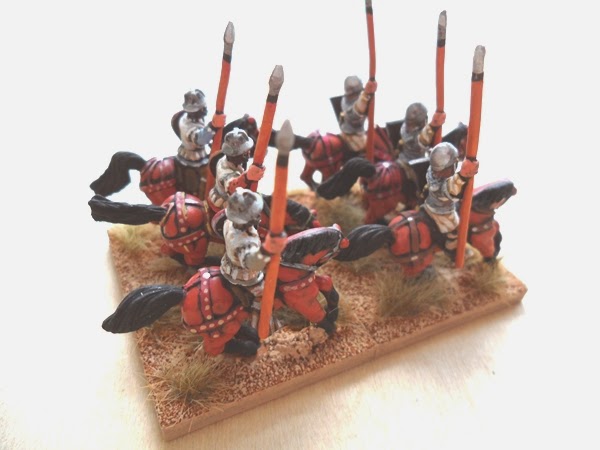 The 6Kn should be based on one 40mm x 60mm base to
represent a "wedge formation" I decided to mount these figures on
single bases 40mm x 30mm to be used in other armies if needed. 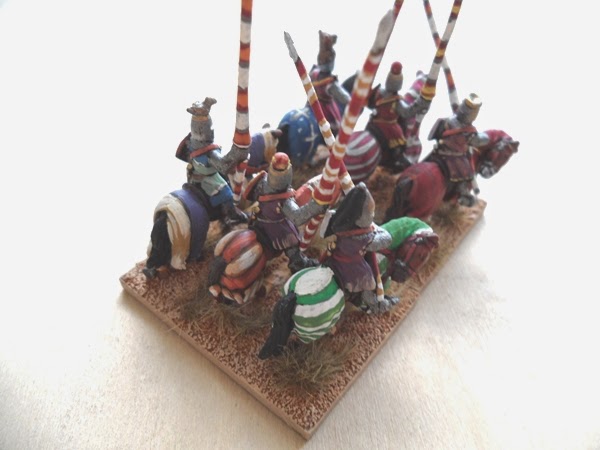 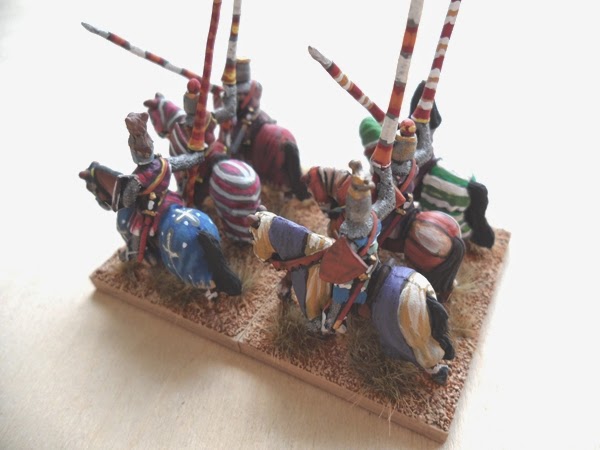 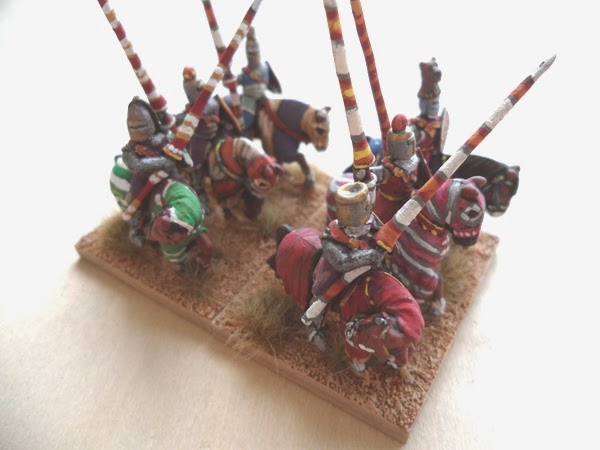 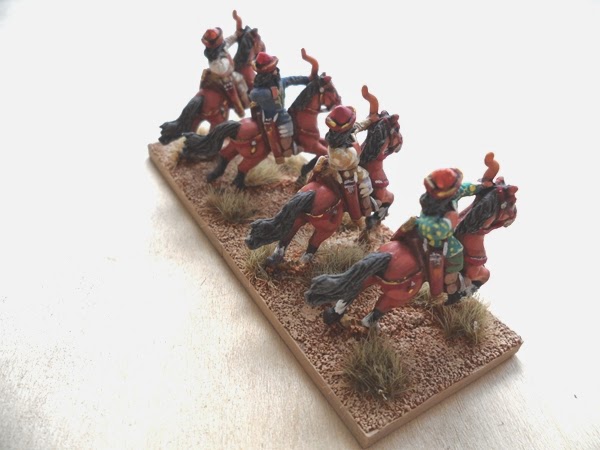 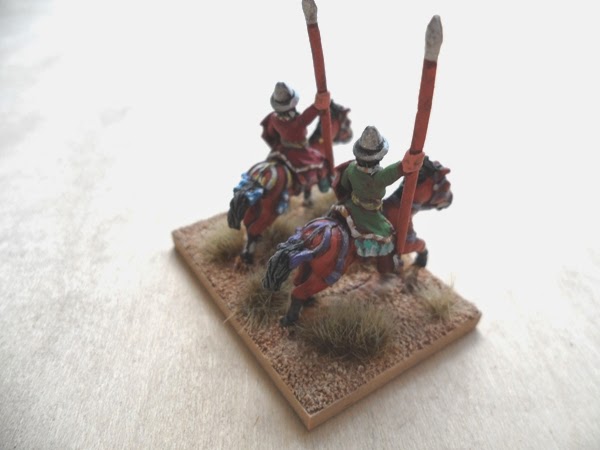 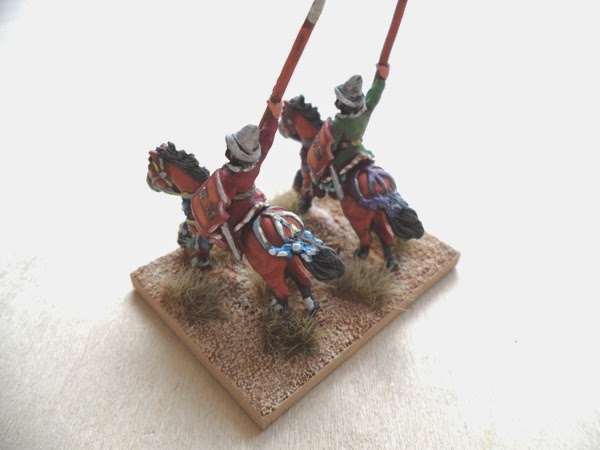 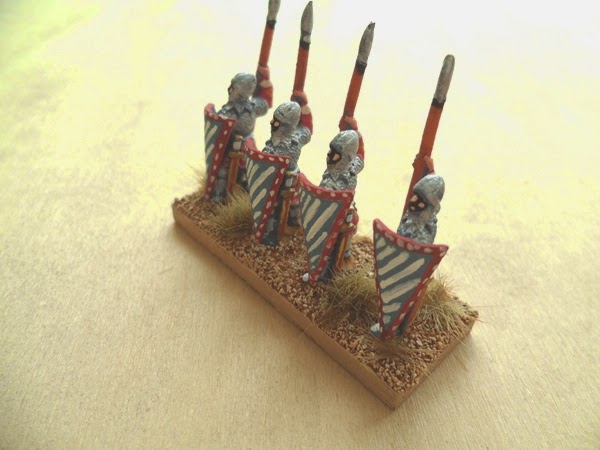 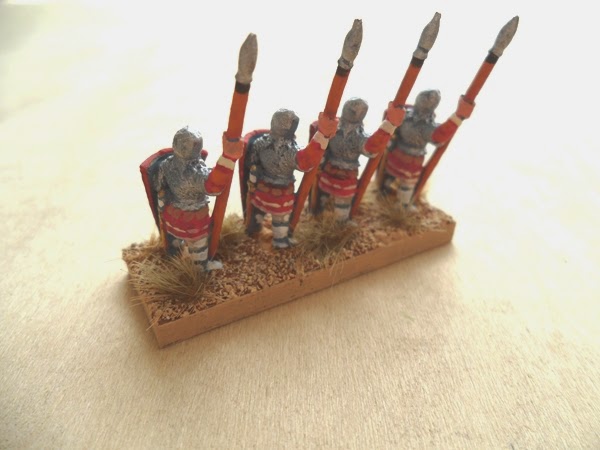 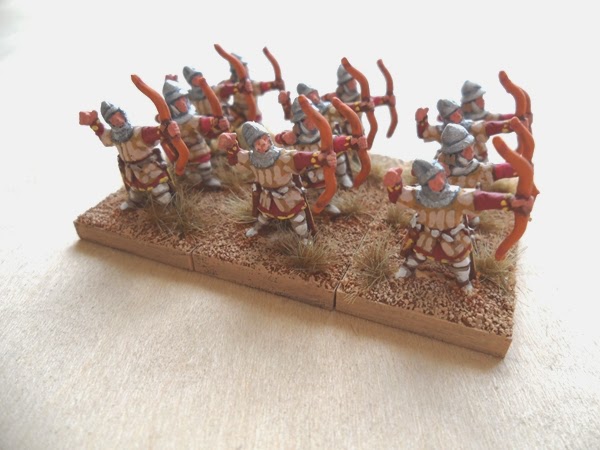 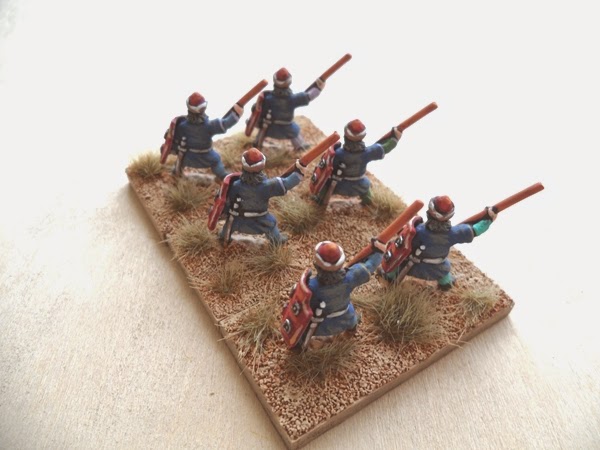 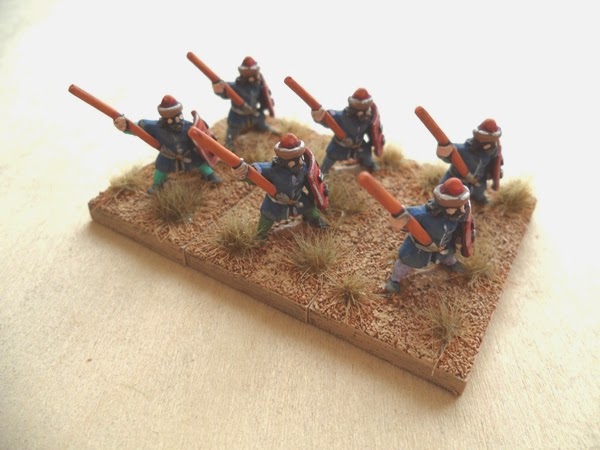 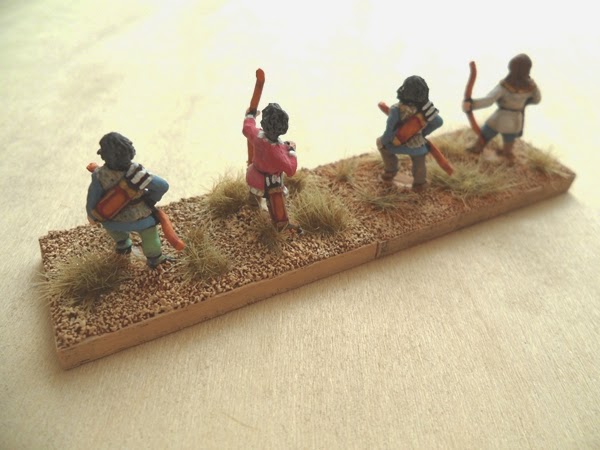