Hi Guys, here are the miniatures for my next 28mm painting project. 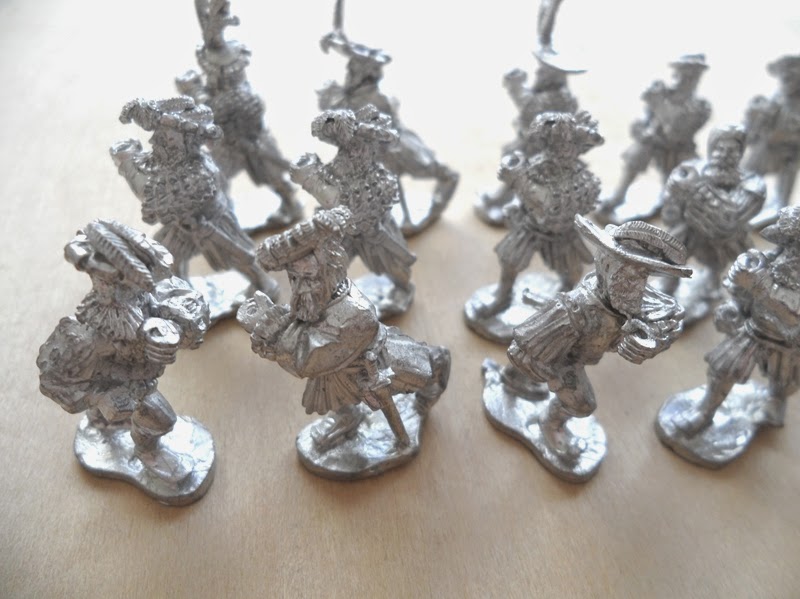 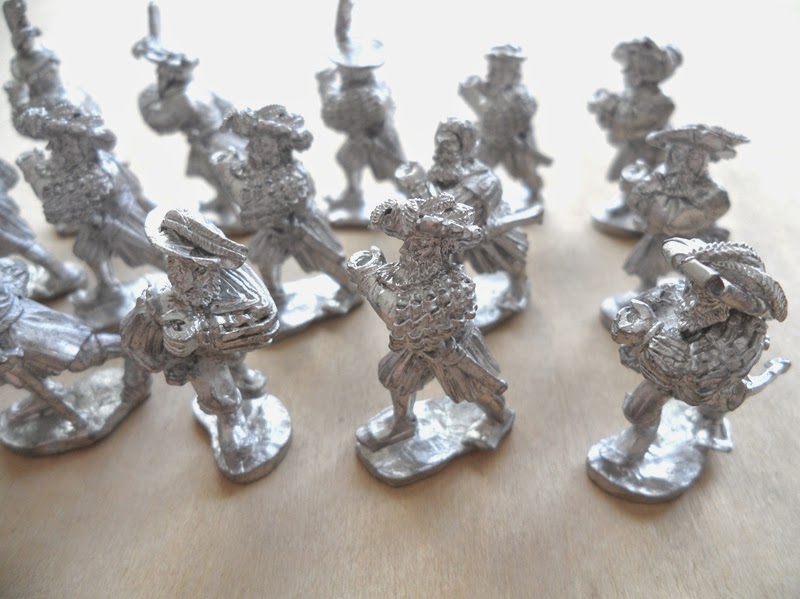 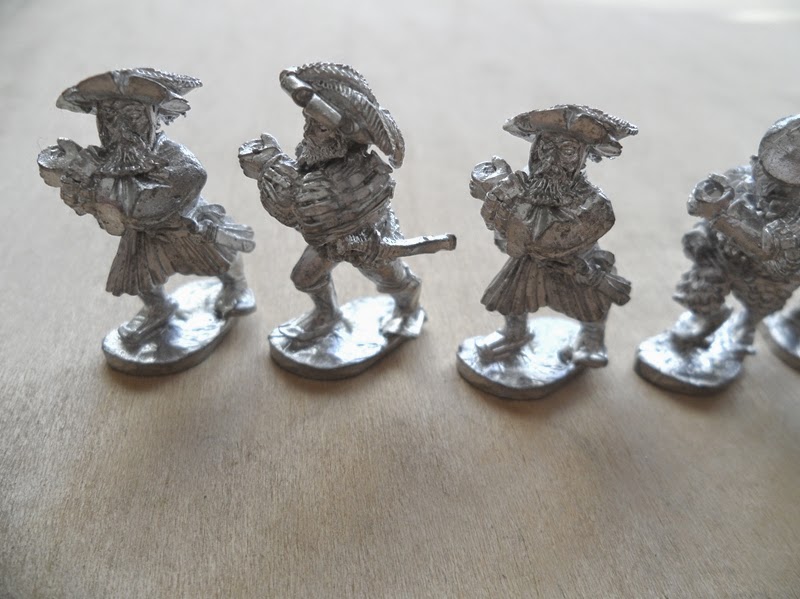 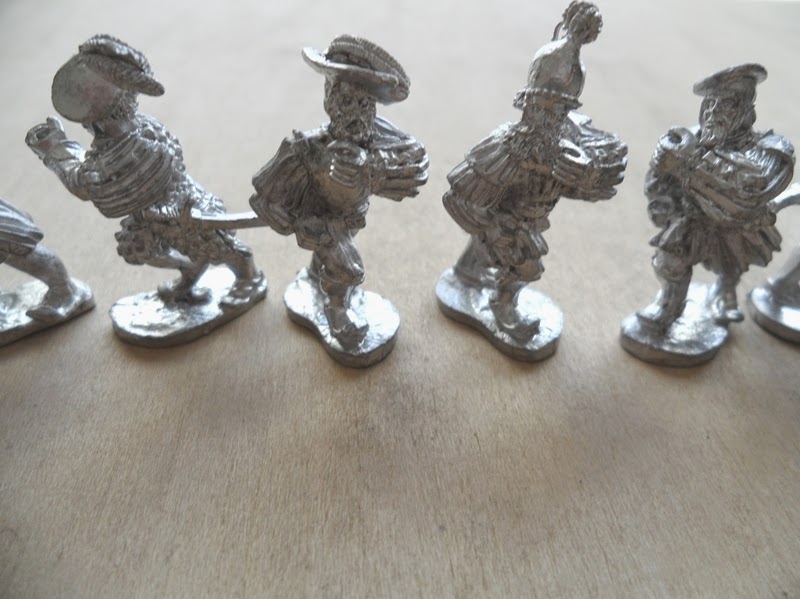 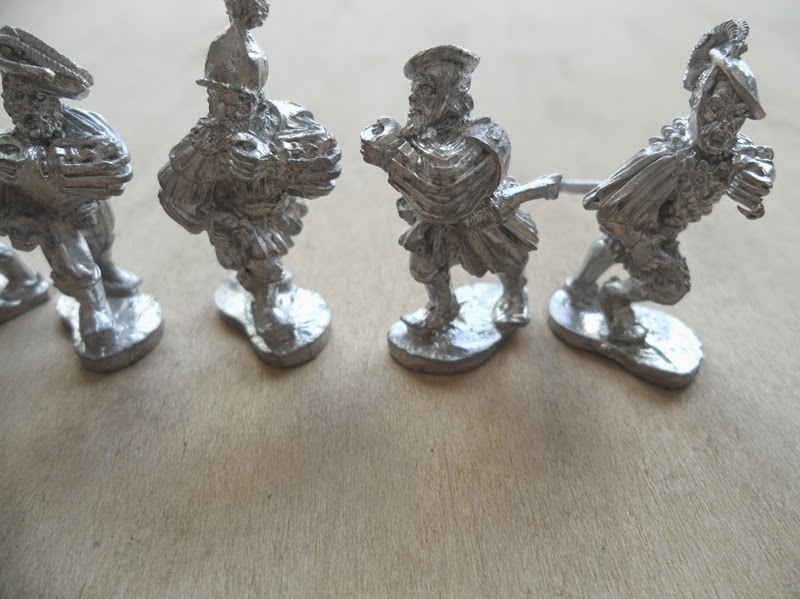 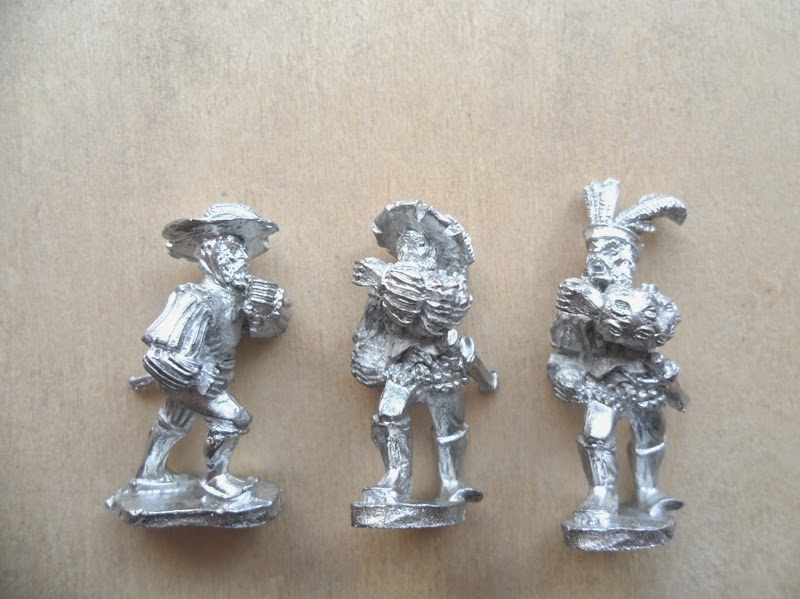 The 2 figures below seems to be officers or standard bearers?
which remind me I need to get flags/banners! 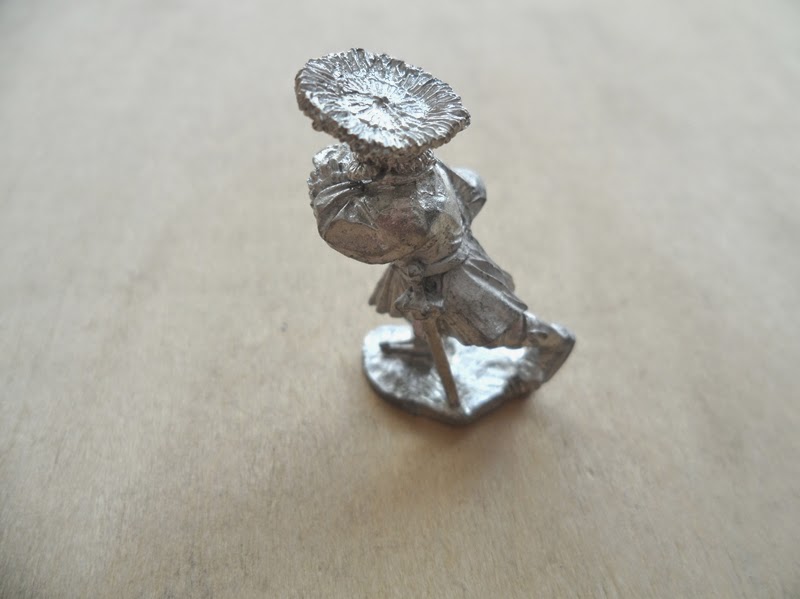 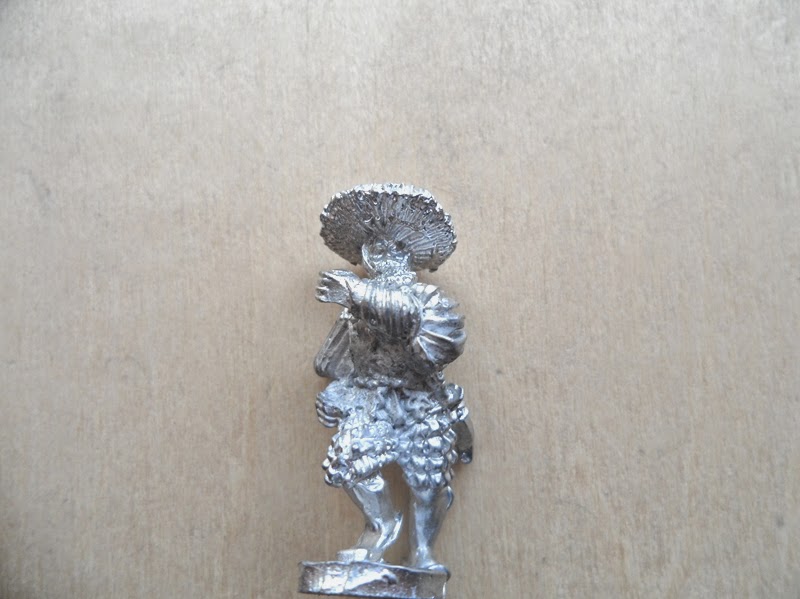 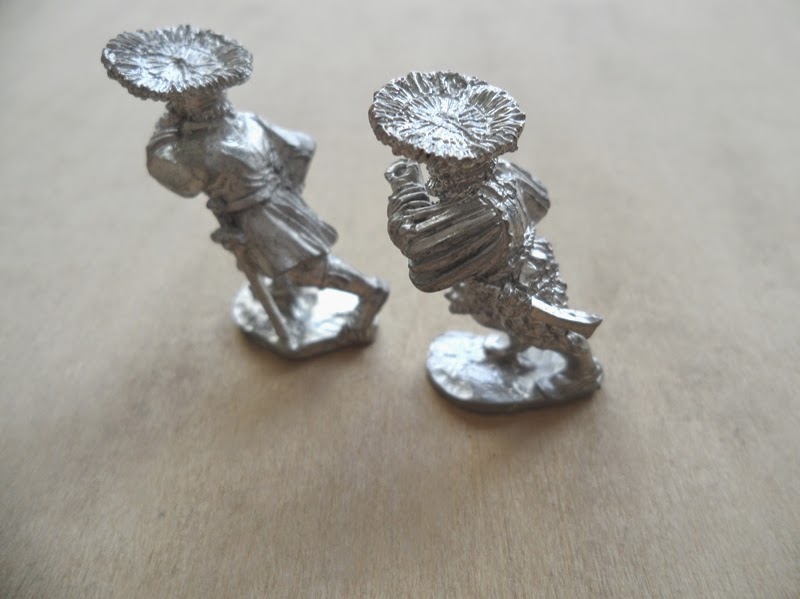 Doppelsoldner (2-Handed Swordsmen) German version of "Norse Warriors Berserkers" these guys were usually deployed up front, leading the advance of their pike bloc's,  and to my understanding, hack their way through enemy pike formations or even to break off the ends of enemy pikes. 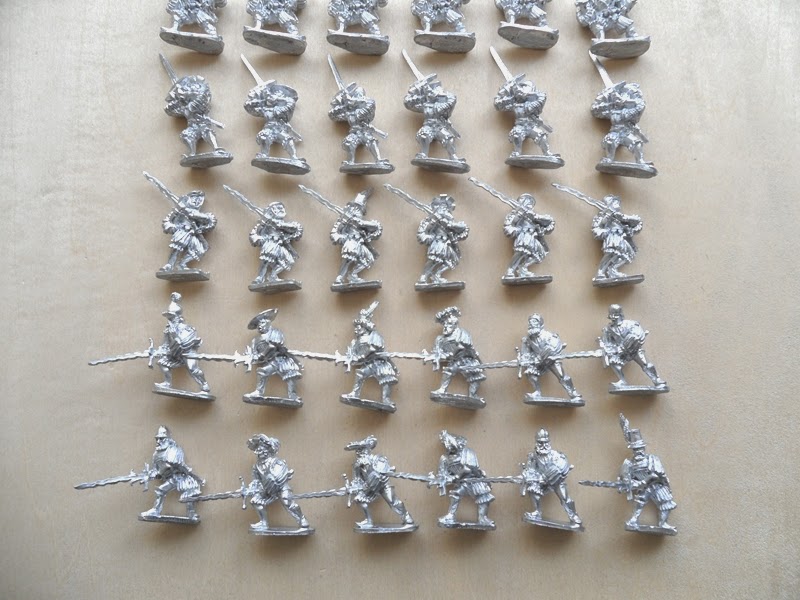 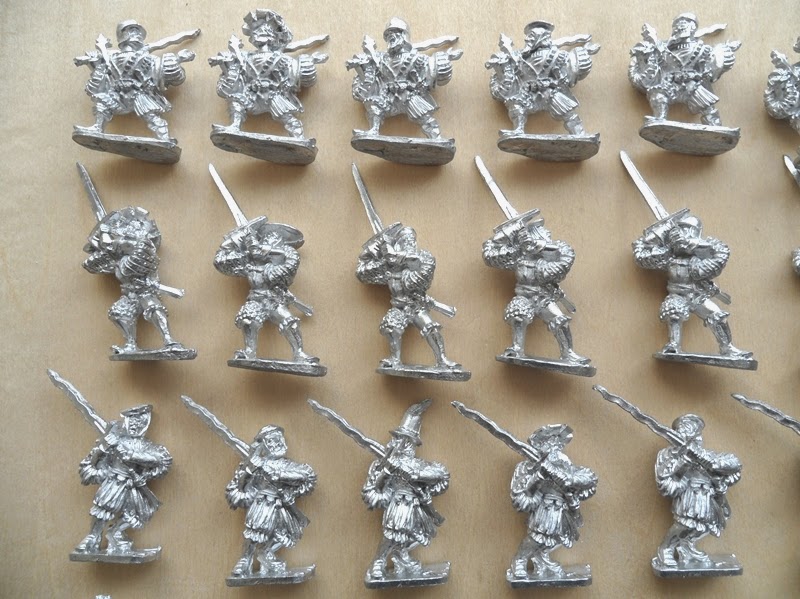 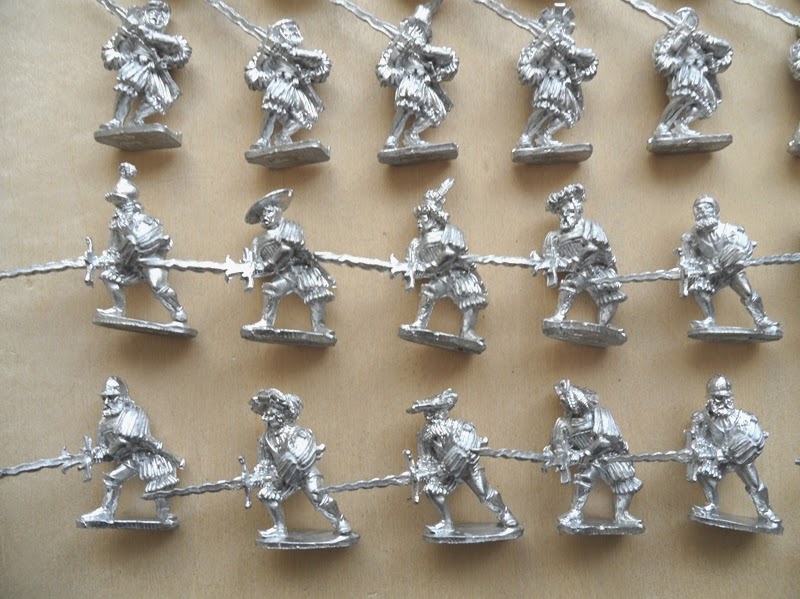 I had bad luck on two counts, in one pack I got to many of the same pose figures, in the 2nd pack I had one figure missing, I emailed Pro Gloria miniatures about the missing figure and the reply was I need to make out another order and the missing figure will be added plus 2 or 3 extra figures for free to cover my pain and suffering..hehehe...couldn't stop giggle after reading the reply email from Pro Gloria... they do have great banners/flags and I'm considering getting a couple of sheets. 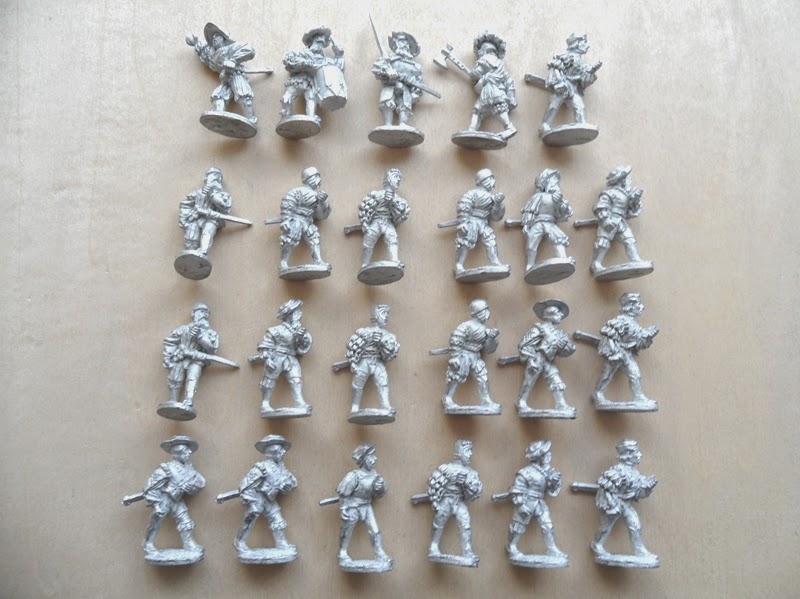 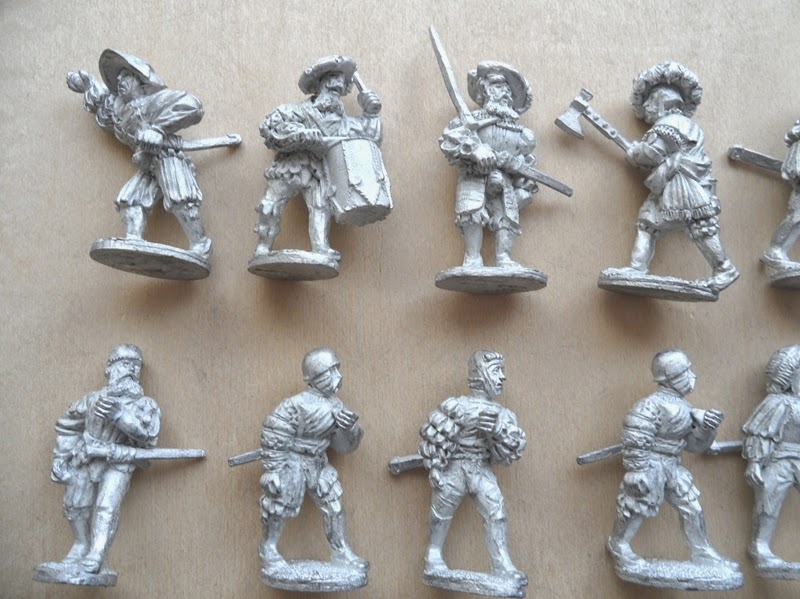 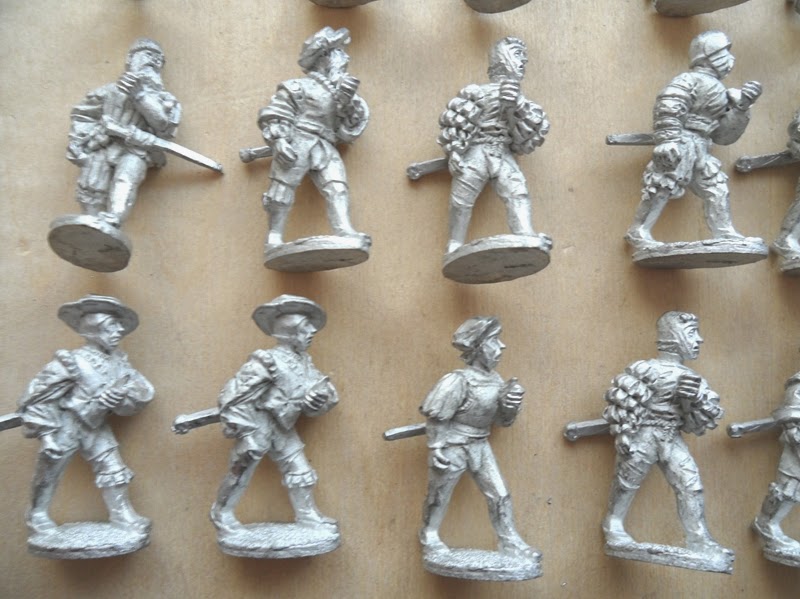 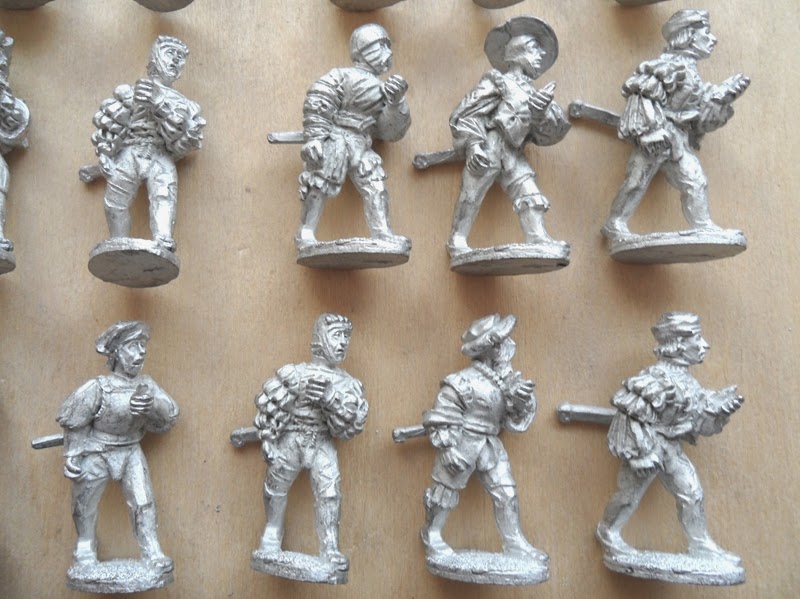 Comparing the two 28mm Landsknechts Manufactures - Old Glory on the left and Pro Gloria on the right. No doubt about it, the two figures/Manufacturers mix in well together, the old glory figure on the left of photo head size may be at least 1mm or 2mm :o) splitting hairs here, bigger than the Pro Gloria on the right, and should not be noticeable on the table top if the two figure types are mixed together. 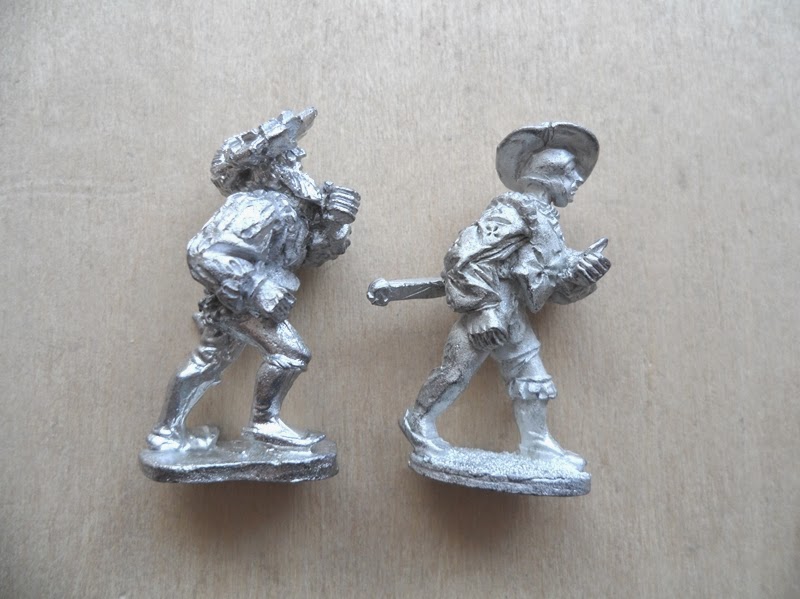 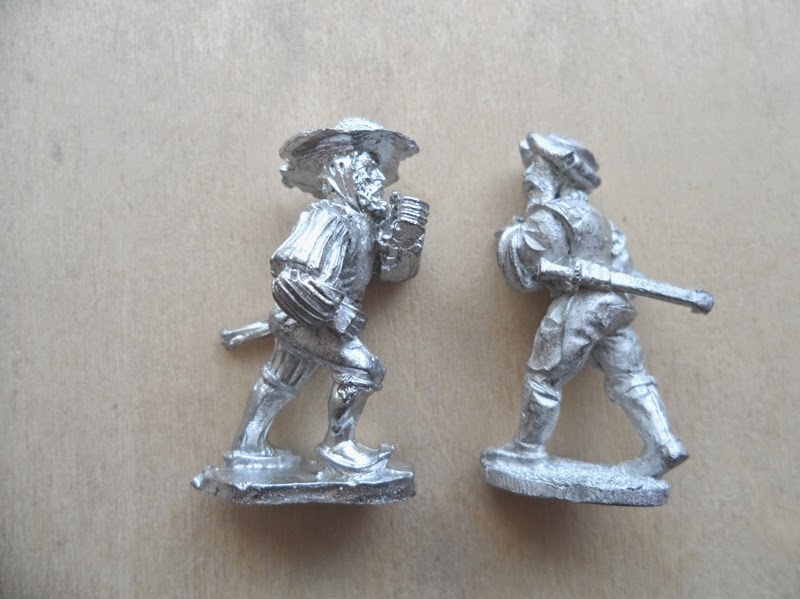