Playing around with ideas on how to base miniatures for Impetvs, Hail Caesar, To the Strongest and Commands & Colors... 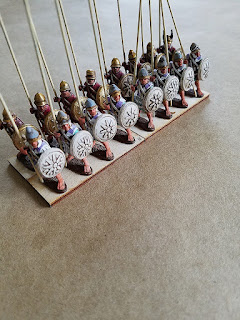 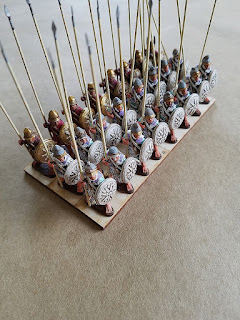 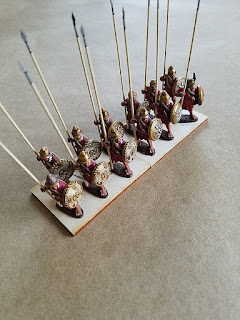 Two Basic Impetvs units. figures on 40mm x 40mm (3 Stands each) This may be the better option to base my Successors minis it will also allow me to use the bases for Commands & Colors Ancients. 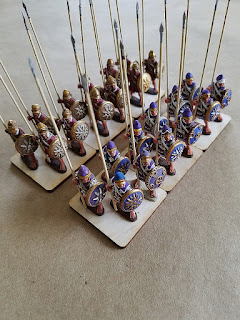 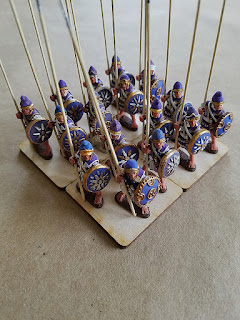 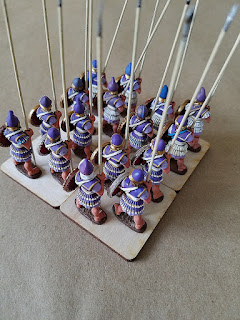 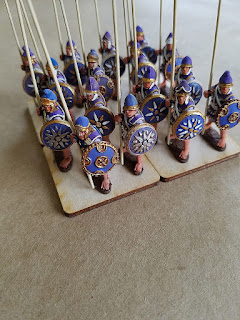 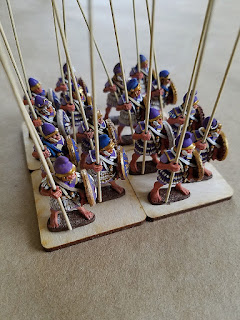 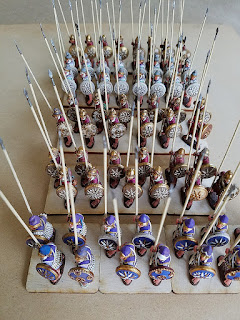 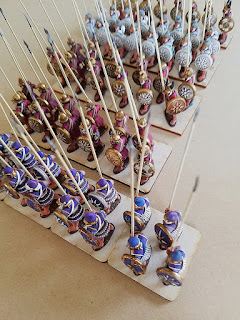 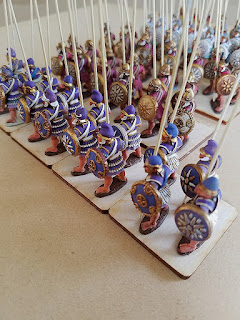 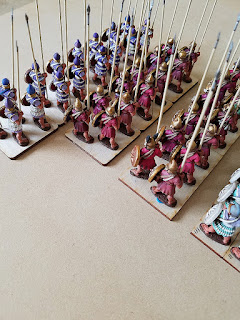 A long way to go to finish off this project! I also have Old Glory Miniatures - foot Archers, Slingers and Javelinmen to work on... Two figure 40mm x 40mm bases?

...anyway back to cleaning/prep more pikemen and then on to painting!